The National Award of Nuclear Science and History is presented annually by the National Atomic Museum Foundation to a prominent person or organization that has had an impact on nuclear issues.  The award celebrates the wide scope of achievement and commitment to furthering scientific endeavor made by individuals in areas of military leadership, medical technology, public policy and government, energy sciences, education and space exploration.

On March 21, 2020, Cynthia C. Kelly, will receive the 23rd Annual Award of Nuclear Science and History.

Cynthia C. Kelly is President and founder of the Atomic Heritage Foundation (AHF), a nonprofit organization dedicated to the preservation of the Manhattan Project and its legacy. From 2002 on, AHF led efforts to create a Manhattan Project National Historical Park, working with Congress and Federal, State and local partners. The park was established in 2015.

For nearly two decades, AHF has developed interpretive and educational resources on the Manhattan Project and its legacy. AHF has collected over 600 first-hand accounts from Manhattan Project participants and published them at “Voices of the Manhattan Project” (http://www.manhattanprojectvoices.org). The site is a resource for scholars, journalists, radio, TV and film producers, museums, and audiences worldwide.

AHF also created a “Ranger in Your Pocket” series at http://www.rangerinyourpocket.org. The Ranger programs are audio/visual tours of Manhattan Project sites and related topics accessible on smartphones and personal computers. In addition, AHF has published a best-selling anthology, The Manhattan Project, (Black Dog & Leventhal, 2007), a series of guidebooks to the Manhattan Project sites, documentary films, posters, T-shirts and other materials.

With degrees in history from Wellesley College (BA) and Yale University (MAT) in history, Ms. Kelly was a senior executive with the Environmental Protection Agency and the Department of Energy for twenty-five years. After retiring in 2000 with the Distinguished Federal Career Award, she founded AHF in 2002.

Honorees become members of the International Advisory Council to the museum. Past honorees include:

1998: Dr. Glenn Seaborg, former head of AEC, co-discoverer of Plutonium and medical and nuclear researcher. Dr. Seaborg provided the initiation of this award and granted permission for his name to be used for the entry level Einstein Society membership category.

1999: Robert Henderson, Participant in the Manhattan Project and was an early Sandia Laboratory leader and prominent scientist who also received an academy award for innovations in lighting design.

2000: Gen. Paul W. Tibbetts was the Military Colonel responsible for operations of the 509th Composite Group and pilot of the B-29 Enola Gay that dropped first atomic bomb ending WWII.

2002: Sen. Harrison (Jack) Schmitt, honored as the last man to walk on the moon serving as an astronaut on Apollo 17. The Senator was also honored for dealing with arms control treaties and international nuclear proliferation policy.

2003: Dr. Andrew Kadak, honored for work as a prominent senior educator in nuclear engineering practices at the university level leading students to design nuclear power plants that will compete in tomorrow’s world.

2004: Dr. Ines Triay, was honored for community involvement, communication, policy and scientific work with the Waste Isolation Pilot Plant project. Dr. Triay was the first woman recipient of the award.

2005: Ambassador C. Paul Robinson, will be honored for work as the leader of Sandia National Labs, for impact on international nuclear non-proliferation accords and involvement in worldwide nuclear energy policy.

2006: Dr. Albert Ghiroso, discoverer or co-discoverer of 12 elements in the Actinide elements in the Periodic Table. Dr. Ghiroso currently works at Lawrence Livermore lab as an emeritus professor; his past activities with notable scientists include work with Dr. Glenn Seaborg and support of early atomic weapon testing verification by USSR.

2007: Mr. Richard Rhodes was honored as historian and Pulitzer Prize winning author of “Making the Atomic Bomb,” later books such as “Dark Sun” and “Arsenals of Folly.”

2008: Senator Pete V. Domenici was honored for his steadfast support of the nuclear power industry as well as support of the national labs and his stance on STEM education. The Senator as been a major supporter of the Museum.

2009: Dr. Patrick Moore is a co-founder of Greenpeace and served for nine years as President of Greenpeace Canada and seven years as a Director of Greenpeace International. Dr. Moore currently serves as Chair and Chief Scientist of Greenspirit Strategies Ltd., a consultancy focusing on environmental policy and communications in forestry, agriculture, fisheries and aquaculture, mining, biodiversity, chemicals, energy and climate change.

2010: Murray Gell-Mann, Ph.D., Nobel Prize Laureate. Gell-Mann is one of today’s most prominent scientists.  He is currently Distinguished Fellow at the Santa Fe Institute as well as the Robert Andrews Millikan Professor Emeritus at the California Institute of Technology, where he joined the faculty in 1955.  In 1969 he received the Nobel Prize in physics for his work on the theory of elementary particles. He is the author of The Quark and the Jaguar, published in 1994, in which his ideas on simplicity and complexity are presented to a general readership.

2011: Dr. Helmut Engelbrecht, Chief Executive Officer of URENCO Ltd., a world leader in uranium enrichment technology and in the supply of uranium enrichment services, was the first industrialist and the first foreign citizen to receive the National Award for Nuclear Science & History.

2012: Dr. Lisa Randall is an American theoretical physicist and a leading expert on particle physics and cosmology. She is the Frank B. Baird, Jr., Professor of Science at Harvard University, where she works on several of the competing models of string theory in the quest to explain the fabric of the universe. Her most well-known contribution to the field is the Randall-Sundrum model, first published in 1999 with Raman Sundrum.

2014: Southern Company, based in Atlanta, is one of America’s largest producers of electricity. As a leading U.S. producer of clean, safe, reliable and affordable electricity, Southern Company owns electric utilities in four states and is a licensed operator of three nuclear generating plants. The company received the 2012 Edison Award from the Edison Electric Institute for it leadership in new nuclear development and is continually ranked among the top utilities in Fortune’s annual World’s Most Admired Electric and Gas Utility rankings.

2015: Gwyneth Cravens, author and environmentalist, wrote Power to Save the World: The Truth About Nuclear Energy. She has also written about her pro-nuclear stance, appearning in The New York Times, The Washington Post, Harper’s Magazine and Discover. She has also appeared as one of the environmental thinkers of “CNN Films: Pandora’s Promise.”

2016: Barry A. Siegel, M.D. is currently Professor of Radiology and Medicine at Washington University School of Medicine, Director of the Division of Nuclear Medicine at Mallinckrodt Institute of Radiology, and a member of the University’s Alvin J. Siteman Cancer Center.

2017: U.S. Women in Nuclear is the premier network of over 8,000 women and men who work in nuclear- and radiation-related fields around the country. The membership includes professionals in various nuclear-related fields including Chief Nuclear Officers, reactor operators, engineers, researchers, health physicists, human resource professionals, nuclear communications professionals, policy makers, and lawyers in the nuclear industry to name a few.

2019: Randall L. Stephenson is the Chairman and Chief Executive Officer of AT&T, Inc. AT&T has invested to become a global leader in the technology, media and telecommunications (TMT) space, providing integrated solutions that range from premium content and video entertainment, to mobility and high-speed Internet, to IP network services, security and the Internet of Things (IoT).

The Einstein Society Gala is the largest fundraising event for the Museum each year. The evening includes dinner and dancing as well as a silent auction. Proceeds benefit the Museum’s educational programs. For more information, see the information here. 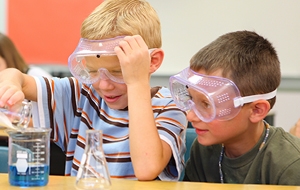 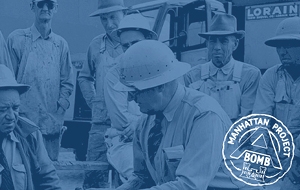 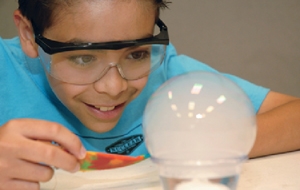